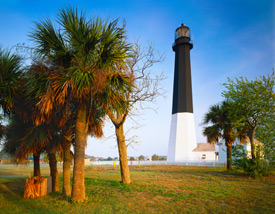 Corish& Company, Inc., was established in 1917 by Nicholas P. Corish in Savannah, GA. Walter Corish, Sr., joined the company in 1935 at age 21 and continued to build the business based on integrity, commitment, a sense of humor and community involvement for 58 years.

Since 1967, Walter Corish, Jr., President, has grown the company into a thriving, insurance agency with a renowned reputation for high standards of excellence, a commitment to our clients needs at all times, and the continued premise of being involved in the community.

Walter Jr. was Alderman on Savannahs City Council. He is a retired Brigadier General from the Georgia Air National Guard after having served 33 years and continues to be involved in many civic, church, and fraternal organizations in Savannah.

Trey Corish has 20+ years experience with an expertise in employee group benefits and has expanded the agency with an office in Tampa. He carries on the legacy of giving back to the community by his involvement in various charities including WCF which provides monetary gifts to families with terminally ill family members, catastrophic hardships, etc.

Corish & Company, Inc., is evidence of three generations committed to excellence, integrity, and achieving the highest quality and affordable insurance for our clients.